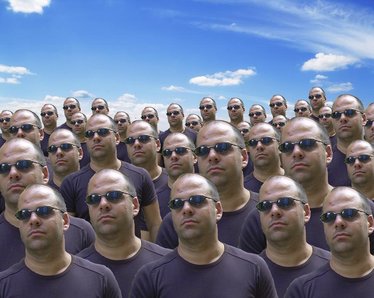 DJ Pesty is Steven Hardy born in Philadelphia PA. in the winter of 1969. A classically trained pianist at San Francisco State University, he was a member of numerous groups from all styles of music from Punk to Jazz. One of which released one album during the late 80`s: on which he was one of the main songwriters, besides singing, guitar & piano duties. He moved to Europe after his post graduate studies, living in a number of countries before landing in Budapest Hungary where he has been living for over 20 years. He had an alternative music band in the 90`s with three albums, in which he was the lead guitarist, although throughout that time period he had always been drawn to Electronic music, especially Vocal House. Some of his main influences during this period were Frankie Knuckles, Roger Sanchez, Armand Van Helden, to name a few, but for a full listing of past and present influences with links click here. He started first as an electronic music producer before moving on to DJ~ing. He released his first debut album Unspoken, which is a bold double CD containing over 30 tracks. The main style could be classified as Electro, although there are House, Trance & Hard Pop Remixes on it. Nowadays he has a 3 hour weekly radio program called The Rush, which showcases all of the newest music from the underground club scene in Europe. This strives to play brand new music from artists that are upcoming. He tries to be cutting-edge with the selection of both styles as well as mixes. Always exploring and pushing the boundaries of all dance music. Although The Rush does not really play mainstream popular music, occasionally Pesty slips in a set that has a few popular tracks, but he sticks to tracks that are not well known nor have critical acclaim but are worth not missing. The Rush mainly plays House (all styles), Electro, EDM, Trance (all styles), Nu:Disco, Underground, Techno, Minimal, Psy Trance, Goa, Garage & Drum n Bass. The radio show can be listened to every day of the week on over 60 stations worldwide covering 4 continents check here for times and station listings with links to players. The live sets he prefers playing are always changing depending on his artictic direction at the time. Nowadays he tends to prefer Psy Trance, Minimal, Hard House, EDM, Electronica or Drum & Bass, although he often bases his live music for a gig around the place and the audience. Recently he has had a string of sets exploring Deep House, Jackin` House and Nu:Disco. Throughout the few short years of being on the Electronic music scene, he has proven himself to piers and fans alike.

He can be followed at: https://twitter.com/djpesty427 & instagram.com/djpesty427/ His newest tracks and remixes as well as a few hand picked sets of the radio programme the Rush can be heard on: http://www.hulkshare.com/stevenhardy5055  &  http://soundcloud.com/dj-pesty#play Watch his new clip at: https://vimeo.com/couchmode/user12991828/videos/sort:date/61921910 Become friends with him at www.facebook.com/steven.hardy.5055 Or subscribe to his fan page at:  http://www.facebook.com/pages/DJ-Pesty/464346073583974?fref=ts 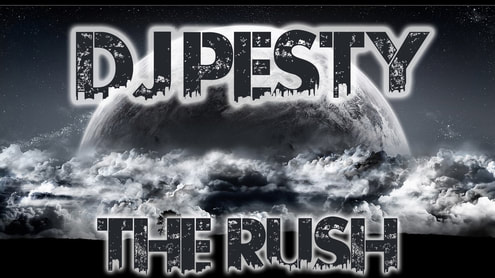 The Rush is a 3-hour pre-recorded radio show which has been syndicated to over 60 radio stations worldwide, stretching over 4 continents. The show sticks to mainly underground and less popular tracks, mixed in a continuous set holding to one genre each week. The Show has passed its 400th edition and over this 8-year period various styles have been performed. The Rush has played every style of Electronic Dance Music: Groove, Deep, Jackin`, Electro, Soulful, Hard, Tech, Experimental & Classic styles of House, Trance, Minimal, Psy Trance, Goa, Techno, Garage, Hard Style, Dubstep, Electronica, Drum&Bass, EDM, Nu:Disco & Trap. Recently the best reception has been from the Experimental House, Psychedelic Trance, Nu:Disco and Jackin` House sets. The Show plays on this station every week and is also available for downloading free @: http://www.djpesty.com/free-downloads.html Join him here on the best station as He take you on a journey through music you can’t really here elsewhere!